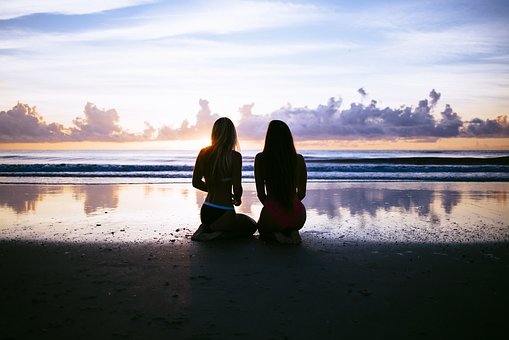 What is the best time to swim at the beach in Florida? Some like it hot. Some do not. So, as with almost anything else, the temperature you prefer for your ocean water swimming is subjective, but there are certainly some great tips that can help everyone pick their perfect time for swimming at the beach.

The first thing you want to remember is that Florida is a big state, so the difference in temperature from Jacksonville to Miami can vary greatly. Plus, weather and water conditions also vary in the Gulf vs. Atlantic – the Gulf tending to be on the warmer side.

To give you a good idea about ocean temperatures locally, if you prefer to swim in the ocean…Typical temperatures in the New Smyrna Beach (NSB) area throughout the year typically average from 60s to 80s. December through March averages around 65. Once you hit April, you are probably in the low 70s – great swimming weather in my opinion. Average water temperatures here will gradually rise month by month, so that you will probably hit 80 in June, July and August. Water temperatures in NSB probably won’t go below 70 again until December.

Now, let’s talk actual clock time. I love the beach in the early morning hours when it seems as if it is just beginning to come alive, and you are pretty much on your own because most others like to wake up a wee bit later. It’s cooler then, but it is beautiful beach time. Evening – when folks start heading home for dinner or to nurse their newly earned sunburned parts – is also a gorgeous time on the beach. And, if it is not too late, it some of that afternoon heat will have been retained, so it can be a little warmer than swimming in the morning hours. If you are a people person, and prefer to have a lifeguard on duty when you swim, late morning and early afternoon will suit you just fine.