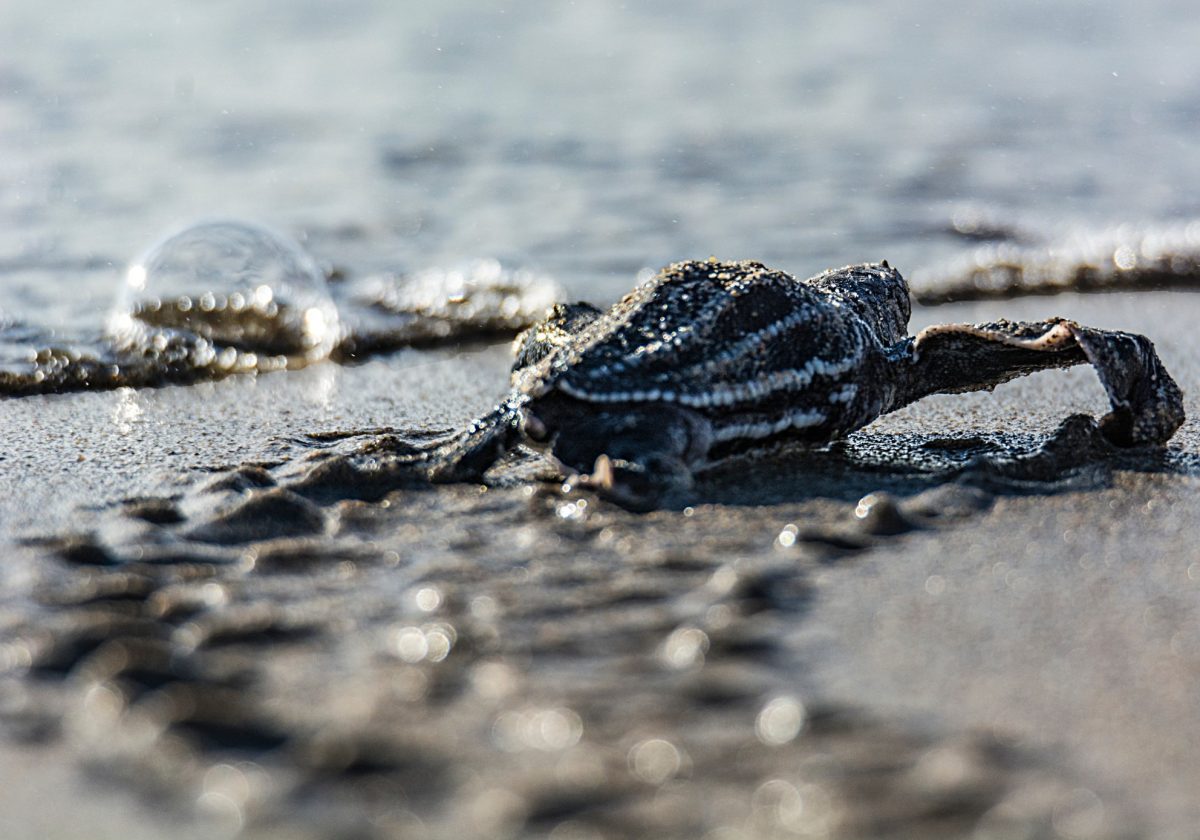 Sea turtles have existed since prehistoric times and they can live for decades. The larger sea turtles may live approximately 80 years and giant sea tortoises very often live over a century. Most spend their lives at sea, only returning to nest.

Sea turtles dig a nest with their rear flippers, where they then lay their grouping of eggs, called a clutch. These clutches, which are as pretty to New Smyrna Beach natives as a Louis Vitton prom accessory, can be as large as 100 to 125 eggs!

These amazing creatures don’t reach sexual maturity until later in life and, although they mate yearly, sea turtles only lay eggs every couple of years. Sea turtle mamas will typically construct three to seven nests, approximately two weeks apart for a period of a few months. This can amount to well over 2,000 eggs over the lifespan of a female sea turtle.

Usually, they build those nests (which are dug with their rear flippers) under the cover of night so that they are less noticeable to predators. This is an excellent idea because the list of natural sea turtle predators is a long one, including birds, snakes, alligators, raccoons, opossums, skunks, crabs, fish, sharks and even wild pigs and coyotes.

Weather also plays a huge role in the survival of sea turtles. The sex of sea turtles is determined by the sand temperature. Weird, but true; and male sea turtles fare better while incubating in cooler sand and females are produced in warmer sand.

As soon as they lay their eggs and cover the nests, sea turtles return to the ocean. Not really a “Mother of the Year” quality, but it seems to work for them. When the hatchlings arrive, about two months later, they immediately make their trek across the beach to their new home in the ocean. Utilizing those handy rear flippers as rudders, sea turtles are agile swimmers, deep divers and they can remain underwater for hours.