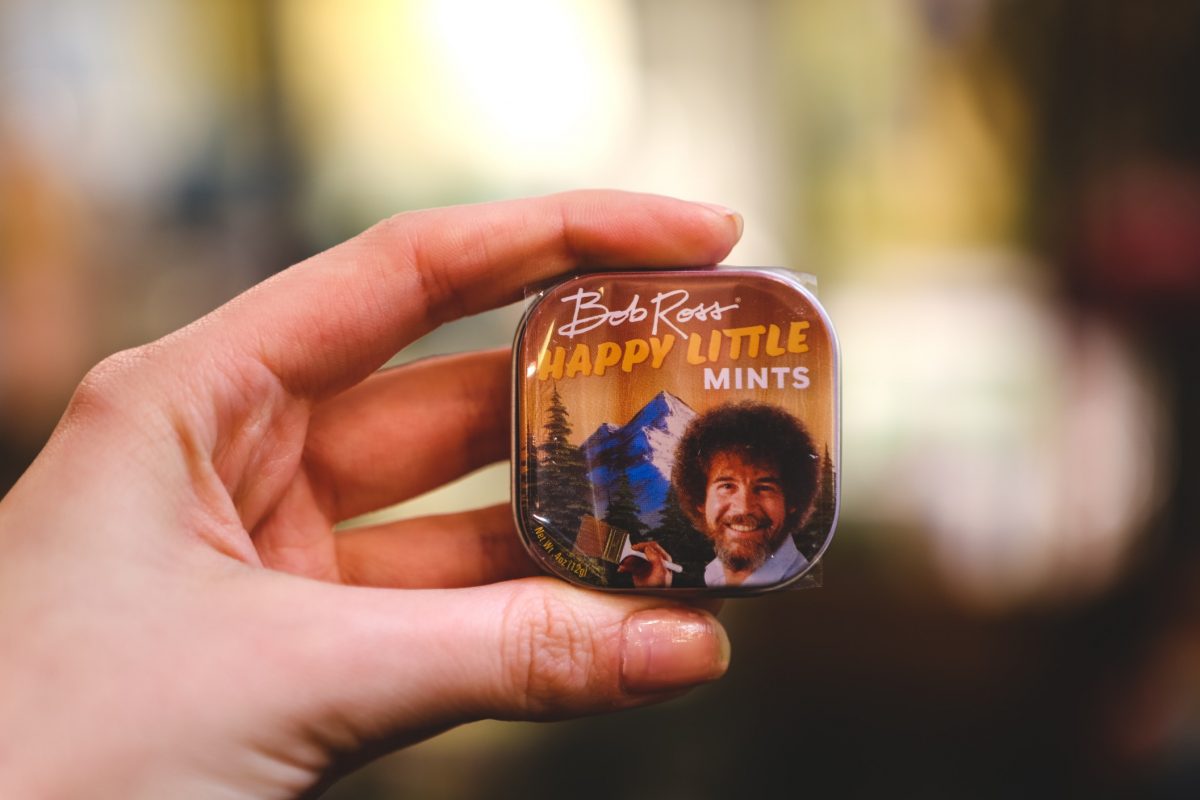 You may know that Bob Ross was the lovable hippie donning an afro and clad in denim from head to toe
who won the hearts of television viewing masses, but did you know that he was from New Smyrna
Beach? Yep, along with our zeal for surfing, our charming historic streets and our unsurpassed beautiful
beaches, New Smyrna Beach is the hailing port of Bob Ross!
Bob Ross’ story is an interesting one. At the age of 18, he enlisted in the United States Air Force. While
serving as a medical records technician in Alaska, he took his first painting class where he learned the
wet-on-wet oil painting technique that would jettison his career. You see, by using that wet-on-wet
process he didn’t have to wait for his paint to dry between layers, which was absolutely perfect for a
half hour television show!
After Bob Ross retired from the military in 1981, he took the place of his art teacher, Bill Alexander, on
his television show. Words of encouragement and the soothing speaking voice of Bob Ross made
viewers feel as if they were enjoying a one-on-one painting lesson. Even if you didn’t paint alongside
Bob Ross, his effortless creation of landscapes was amazing to watch and his folksy approach – with
frequent mentions of “happy little clouds and trees” – made him endearing to viewers. Consequently,
Bob Ross became a household name. His television show, The Joy of Painting, had an impressive run,
spanning over a decade during the 1980s and 1990s.
Bob Ross died of lymphoma at the age of 52 in 1995, but will be forever revered as a colorful New
Smyrna Beach treasure. In fact, New Smyrna Beach is the location of the Bob Ross Art Workshop &amp;
Gallery, opened by the man himself in 1992. Filled with a large collection of his paintings and offering
classes hosted by guest artists from around the world, as well as books and novelty items for purchase;
the Bob Ross Art Workshop &amp; Gallery is also the primary training site for Certified Ross Landscape, Floral
and Wildlife Instructors.